St Bart’s celebrated its 550th anniversary on 6 July 2016, Founder’s Day.  The school was founded in 1466 on the will of Henry Wormestall who endowed a chantry chapel and a priest to pray for his immortal soul.  It is likely that the chapel priest also acted as a schoolmaster who would have taught his pupils at St Nicolas Church in Newbury.

To mark this significant anniversary various events and activities took place and this page provides a photo gallery of our celebrations.

All students in Years 7 – 10, together with staff, formed a giant 550 shape for an aerial photograph. A fanfare composed by three students in Year 7 and arranged by Sixth Formers was played to guests.  Some photographs courtesy of Marc Jenner  10 C1. The Lemon and St Bart’s Lavender Cake designed and made by Year 12 Food Technology students. 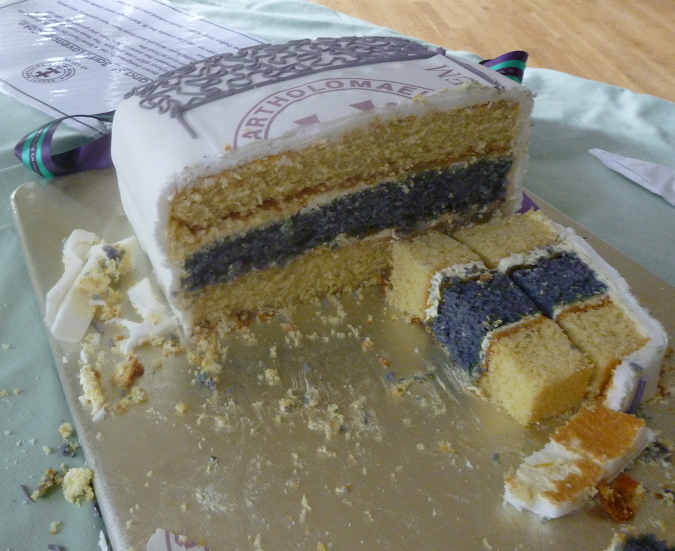 A sapling yew tree was planted in the Heritage Garden by Ian Peddie – Chair of Governors, Julia Mortimore – Headteacher and Rory McNeill – Head Boy.  They were accompanied by Sixth Form School Officers representing each of the school Houses. Year 10 student Will Wood took some 360 degree photographs to share with the school. Posted on February 24, 2021 READ
BACK ISSUES
This site uses cookies: Find out more.